When it comes to booking flights to Canada, cheap is a relative term.

Canada is a sprawling country–the second largest in the world, in fact. It takes about seven hours to fly from one coast to the other. 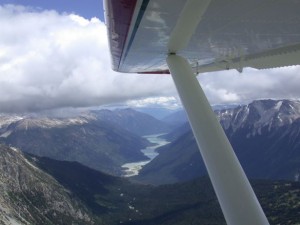 Unless you’ve got very deep pockets, you’re unlikely to see all of Canada in one pass. Better to focus on one region–the west coast, for example, or Atlantic Canada–and plan your travels around an airport hub in that area.

How to recognize a ‘good deal’ on airfare to Canada

You can drive yourself crazy trying to shave off a few dollars here and there in airfare, so here are my ballpark numbers for what you should reasonably expect to pay to fly to Canada.

(Keep in mind I’m assuming you’re planning in advance–at least a month ahead. It’ll cost you much more to travel on a whim.)

Plug your information into the search bar above and see what fares you come up with.

If you see rates like these on offer (this currency converter might help), grab them and get on with planning the rest of your trip:

Cheap airfare to Vancouver, BC

Cheap airfare to Victoria, BC

Cheap airfare to Toronto, ON

Cheap airfare to Ottawa, ON