Find and book cheap airfare to Victoria, BC (YYJ)

There are plenty of ways to fly into British Columbia’s capital city, Victoria, located on Vancouver Island. None of them could be described as “cheap”.

Victoria International Airport (YYJ) is the ninth busiest in Canada, and it’s a safe bet that most of that traffic is government-related. Although there a few non-stop routes, most commercial carriers arrive in YYJ via other major Canadian cities.

YYJ is located 25 km (15 miles) north of Victoria. Getting to and from this small airport can be challenging if you’re relying on public transit; service is limited. Taxis or shuttle services, though more expensive, are more convenient.

>>To find discounted airfares to Victoria, sign up for alerts from the airlines that fly into YYJ or use the search tool on this page.

If you’re wanting to get to Victoria from nearby Vancouver–it’s a pleasant day-trip or overnighter–you have two additional travel options: BC Ferries or a downtown-to-downtown flight on a seaplane or helicopter. 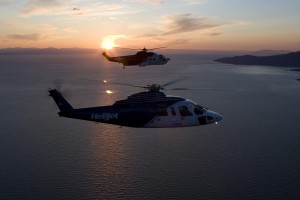 The ferry ride from Vancouver to Victoria, though fantastically scenic, is time-consuming, especially if you are relying on public transit.

If your travels don’t require the use of a car–that is, if you don’t plan to stray outside of central Victoria–consider flying with one of these small carriers instead.

>>Looking for cheap airfare to Victoria? Use the search tool below to compare rates!