Getting from Calgary to Banff (and return) 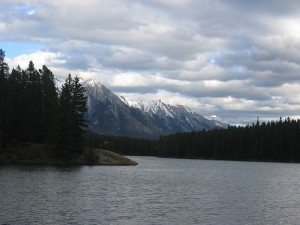 Calgary, the largest city in Alberta Province, and is the gateway into the Rocky Mountains. It is also the most likely point of access for Banff and Jasper.

Banff is located in the Alberta Rockies and within Banff National Park. The city is a UNESCO World Heritage Site. There are plenty of things to do in Banff , most of them related to spending time in the mountains. And after a day burning calories while hiking or skiing, you can relax at the hot springs or spa.

The closest large airport to Banff is Calgary International Airport (YYC) , which serves Calgary and the surrounding area. It is Canada’s fourth busiest airport and hub for WestJet, Air Canada and Canada Express.

Calgary is not served by a railway service so the only option to travel between Calgary and Banff is by road. You can either take a bus or rent a car .

If you need to travel from Calgary downtown to Banff , the single web only fare is CAD $24.57* and the travel time 1h 40 min.
Should you need to find transport directly from Calgary Airport to Banff, shuttle services are available and the single fare starts around CAD $50 per person.

Buses from Calgary to Banff

Driving from Calgary to Banff

You can rent a car and drive the 130 km between Calgary and Banff on Trans-Canada Highway/AB-1 W. You should be able to cover the distance in 1h 40 min.