Getting from Toronto to Montreal (and return) 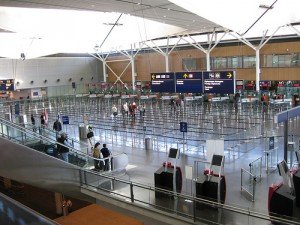 Toronto is the capital of Ontario and also the most populous city in Canada. Located on the shores of Lake Ontario , the city offers a lot of things to do. You can spend some time on the beach or try water sports. You can walk in the city, visit the museums or the zoo.

Montreal is the economical capital of Quebec province and the second largest city in Canada. It is the second largest French-speaking city in the world, after Paris. Located on the banks of St. Lawrence River , the city has plenty of things to show the visitors. Spend some time in Old Montreal and visit the historical buildings. Try winter or water sports, depending on the season you plan to visit. Or just relax in one of the many parks.

When planning to travel between the two cities, take into account the budget and the available time. Flying is definitely faster and with single fares starting at CAD $79* , it’s not even that expensive. Train tickets are almost as expensive as airfare, but the journey time is close to traveling by bus.
The budget option is the bus with single fares starting at CAD $15 and journey times at 5h 45min.

Flights from Toronto to Montreal

While Toronto is served by three airports located in Canada, flights to/from Montreal are operated only on two of them:

Flights from Toronto Pearson to Montreal are operated by: Air Canada, Air Transat and West Jet; while from Toronto Island , you can choose between Porter Airlines and Air Canada Express. The flight time is little over 1 h.

Trains from Toronto to Montreal 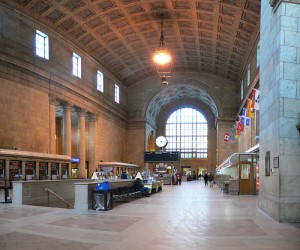 Buses from Toronto to Montreal

Direct buses between Toronto and Montreal are operated by the following companies:

Driving from Toronto to Montreal

You can rent a car and drive the 542 km between Toronto and Montreal on ON-401 E. Part of the road is along the lake shore, so you’ll be rewarded with superb views.