Getting from Montreal to Quebec (and return) 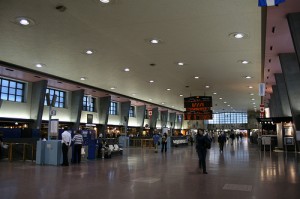 Montreal, the economical capital of Quebec province, is the second largest city in Canada. It is also the second largest French-speaking city in the world, after Paris.
The city is located on the banks of St. Lawrence River and offers plenty of things to do for those who come here for leisure. Make sure to spend some time in Old Montreal and visit the historical buildings.

Quebec City, the capital of Quebec region, is famous for its Old Town, an UNESCO World Heritage Site.
French is the official language in the region, but in the cities English is widely spoken as a second language.

The cheapest option for traveling between Montreal and Quebec is by train. Single fares start at CAD $43.87* and the journey time is about 3h 20 min (slowest train).
Bus fares are more expensive (CAD $56.28) and the travel time is the same as by train.
Airfare is the most expensive although you’ll get between the two cities in less than an hour.

Flights from Montreal to Quebec

Quebec is served by Jean Lesage International Airport (YQB) , located 11 km from the city center. It is the third busiest airport in Quebec but it’s not hub for any airline.

Direct flights from Montreal to Quebec are operated by: Air Canada Express and Pascan Aviation, as well as charter airlines Hydro-Québec and Nolinor Aviation. The flight time is about 1h.

Trains from Montreal to Quebec

Buses from Montreal to Quebec

There are two bus companies which operate buses between Montreal and Quebec:

Driving from Montreal to Quebec

You can rent a car and drive the 250 km between the two cities on Autoroute 20 E. The alternative route is 266 km on Autoroute 40 E. The drive times are similar (about 3 h).