On the Road with Royals: Day 4

I did not expect to be dumb-struck. But when Prince William offered his hand and a greeting, my tongue turned to cement in my mouth.

Those who know me will tell you that this is a remarkably infrequent occurrence. (Though I suspect some of them wish it would happen a little more often.)  So I held my idiot grin and let the Globe reporter next to me kibbutz with the Prince about tomorrow’s scheduled Dragon Boat race at Dalvay-by-the-Sea.

It was a dollop of whipped cream on an otherwise underwhelming day that started a tad too early and demanded a tad too much. 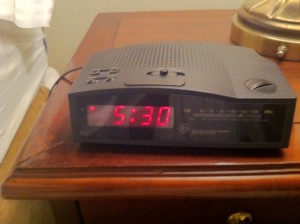 My blogging partner, Maurice Li, and I had separated in Montreal–he to head to Quebec City to catch the Royals arriving on the HMCS Montreal (see the video below), and me to PEI to prepare for their jam-packed island itinerary that kicks off first thing tomorrow.

My day ended better than Maurice’s.

He dropped and damaged a camera in Quebec City and is scrambling to have a back-up waiting for him on the Yellowknife leg of the tour.

We’re both a tiny bit frayed from lack of sleep, irregular meals and a travel schedule that reminds us every day just how big a country Canada really is.

In fact, by regularly scheduled flights, it’s impossible for one person to shadow the Royal Tour completely. You simply can’t get from Charlottetown to Yellowknife to Calgary in the time allotted on the official itinerary.

Will and Kate are moving at a brutal pace themselves–but they have a private jet and police escorts whisking them everywhere they need to go. And I suspect they are eating something other than Tim Horton’s turkey-and-bacon sandwiches in their limited downtime. 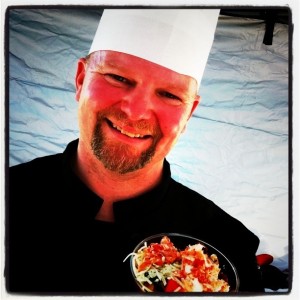 So it was a blessed relief today to arrive at Peake’s Quay Restaurant for the invitation-only media reception to discover local chef Billy Shields had pulled out all the stops to showcase the best of PEI-produced fare including lobster, oysters, shrimp and yes, potatoes.

It was fun to watch the posing and posturing that goes on whenever a group of media heavy-hitters gathers, and even more fun to watch how this normally cynical lot became downright giddy with anticipation as the appointed hour neared.

The assembled journalists were organized by tribes (national print; national broadcast; UK media, etc.) and then formed into a ring inside the restaurant. Kate (in a rather forgettable frock) worked one side of the ring; William, the other.

In the end I was glad we got Will: if he made me tongue-tied, I can only imagine what stupid reaction I might have conjured had Kate offered me her impeccably manicured hand.

Protocol dictates that I can’t quote Will’s conversations at this event. Nor can I post photos of the Royals–not that anyone took any. To be on the safe and respectful side (I know, hey?) I checked with a mucky-muck just to be sure how much of the evening I could report.

What I can say is that Prince William is smooth as polished sea glass.

He is dapper–I’ll even risk the word handsome–and has his mother’s lovely smile and kind eyes. He has an easy wit, which is a hell of a trick when you’re meeting strangers every 30 seconds that you’ll never see again but who will talk about their encounter with you for the rest of their natural lives.

I can also say that his Canadian Air Force colleagues in 12 Wing Shearwater out of Halifax-Dartmouth are looking forward to William’s participation in a so-called “waterbird” training exercise tomorrow.

Captain Josh Willemsen of Stratford, Ontario, will be training him to land a Sea King helicopter on water in the event of an emergency such as an engine fire. Once a year, he says, “we train five or six guys from the UK to do this, so they can go back and share it with their teams. We are thrilled William asked to participate in this training.” 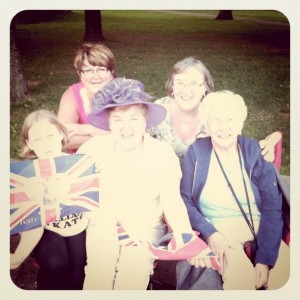 During the exercise, William will have official student status. Kate, I imagine, will retain her wife status and worry appropriately from the stands.

I walked back to the hotel, just a few quaint blocks from the quay.

As I passed Province House, where Canadian confederation was officially born and where William will tomorrow morning offer a few words to the assembled masses–I saw a small group preparing to spend the night in order to claim a front-row view of the proceedings.