On the Road with Royals: Day 6

The Royal Tour is running through this vast country like a bull in a china shop–albeit a very friendly and popular bull.

Things are starting to crash, like blood sugar levels and hard drives. Oh, and one of my pal Maurice Li’s cameras, which took a fatal tumble in Quebec City.

As I mentioned in an earlier post, it’s impossible for any one person to shadow the Royal Itinerary completely without private transportation. 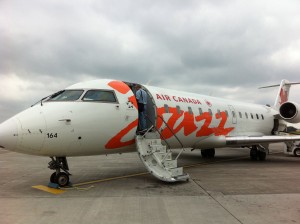 My blogging buddy Maurice left PEI yesterday night to make a nine-hour haul to Yellowknife in a prop plane. (See the video below.) I travelled on to Calgary–the Royals’ final Canadian stop–this afternoon.

We left the Rodd Charlottetown Inn at 9:30 am and checked in to the Hotel Le Germain in Calgary at 7:30 pm, with an hour-long layover in Toronto and middle seats most of the way.

I’ll say it again: Canada is a big country.

Maurice got some great photos in the North, including the much-anticipated game of Royal Shinny, which you should definitely check out over at the Royally Curious Tumblr feed. 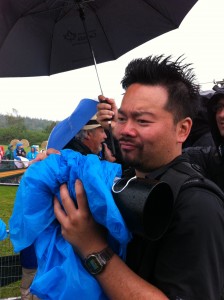 (I have so much respect for how much that guy gives to the job: he shot all day in PEI in the pouring rain after only a few hours’ sleep, then managed to edit and post a bunch of photos while eating at his hotel room desk before heading for the airport.)

The point is: everyone working this tour needs a break, especially Will and Kate, who tomorrow will go off the grid to some undisclosed spot (rumoured to be in the Rockies) for some much-needed R&R.

It bugged me to read in the local PEI paper yesterday how some anonymous online commenters were whining about this trip as a taxpayer-subsidized “honeymoon.”

It’s apparent to anyone watching from the trenches that these two are working their skinny butts off every day to meet as many Canadians as possible and to help showcase Canadian tourism destinations and talents to the watching world. 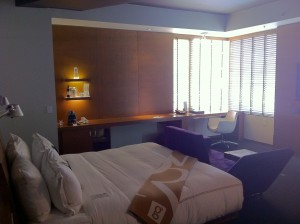 I’d be surprised if they had the energy for anything more than a goodnight peck when they were finally allowed to fall into bed.

Having treated myself to a lick-the-plate late-night steak-frites dinner at Calgary’s much-lauded Charcut Roast House–protein! hallelujah!–I’m about to fall into my own gorgeous bed next door at the Royal-worthy Hotel Le Germain.

I didn’t book it, but I could kiss the person who did.

Tomorrow while Kate and Will (hopefully) get to work on their Made-in-Canada baby, I’m going to go on my own walkabout in Calgary.

Right now it’s time to recharge the batteries. All of them.