Things to Do in Halifax: The Alexander Keith’s Brewery Tour 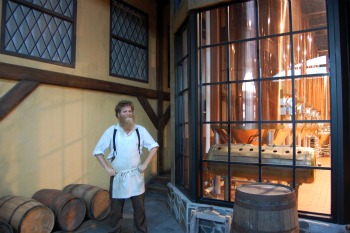 Alexander Keith’s, founded in 1820 in Halifax, is one of the oldest breweries in North America.

Founded by Alexander Keith, a Scottish-born politician who served as the mayor of Halifax three times, the producer now gives tours of its historic Brewery Market location in downtown Halifax.

As you start the tour, you’ll notice this may not be like any other brewery tour you’ve ever encountered. The tour here is all about the theatrics as actors in period costumes lead you back in time and tell you all about the beer, the brewery and what life was like in Halifax in 1863. You’ll start in the home of Mr. and Mr.s Keith before making your way to the brewery to learn about the process for making Keith’s beer and then finally to the Stag’s Head Tavern where you’ll be regaled with more stories and songs as you sample from the brewery’s five varieties of ale including White Ale, Light, India Pale Ale, Red Amber, and Dark Ale. 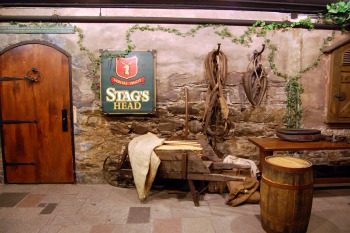 Beer connoisseurs may be surprised at the taste of Keith’s India Pale Ale though. In addition to a lower alcohol percentage than most IPAs (5% ABV vs. the expected 5.5% to 6.5%), the level of bittering hops is quite low as well (less than 20 IBU vs. the expected 40-100). Keith’s was branded as an India Pale Ale before the current standards were put in place, so though it is called an IPA, it technically is not.  Still, it remains the most popular beer in Nova Scotia.

Brewery tours are offered every half hour, daily from the end of May to the end of October and on Friday, Saturday and Sunday from November to May. Tours last about an hour and cost $15 per adult; discounts are offered for seniors, students, children and military.

Alexander Keith’s is located at 496 Lower Water St in the historic Brewery Market.

The tour can be a bit hokey (it’s better for those looking for a good time than for beer aficionados) but if you approach the kitsch with good nature, it can be fun. It’s appropriate for all ages (kids are offered soft drinks at the end), but if you’re short on time or cash, there are better breweries and brewpubs where to sample some great beer.