Things to Do in Halifax 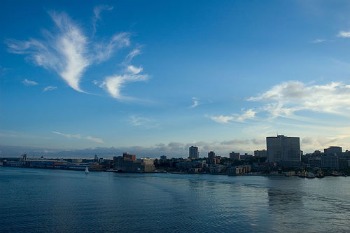 The city boasts the second-largest harbour in the world, a rich history, and lively cultural and culinary scenes. And with more than 40,000 students attending six local universities, it’s a youthful city with plenty of dining and nightlife options.

Here are some of the best things to do in Halifax:

Thanks to its prime position and deep natural harbour, Halifax played an important part in Canada’s history. It was from here that so many ships set sail during World War I and II and it was in Halifax that many immigrants first set foot on Canadian soil.

The city also experienced several tragedies. After the fateful sinking of the Titanic, the recovered bodies were brought to Halifax, the nearest port. And in 1917, two ships collided in the harbour, causing a massive explosion that killed and injured thousands. Any visitor to Halifax should be sure to delve deeper into the city’s history with a visit to some of the historical sights and museums, such as the Maritime Museum of the Atlantic, the Canadian Immigration Museum at Pier 21, and Citadel Hill. 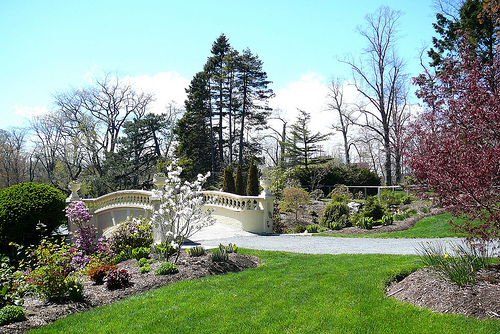 If you’re short on time and want to see a lot, or if you prefer the knowledge of a good tour guide, there are several tours of Halifax available.

For a city tour, check out the Gray Line’s 90-minute and 3-hour tours, which take passengers past important sights such as Citadel Hill, the Harbour, Historic Properties and the beautiful Public Gardens.

Thanks to a relatively young population and the efforts of several notable local chefs, the dining scene in Halifax is surprisingly cosmopolitan. For a light bite, stroll along the waterfront and stop at Sugah! or Rum Runners for a handmade sweet treat, grab some freshly-fried fish and chips from a waterfront shack, or sample from the vendors at the Seaport Farmers Market–North America’s oldest. 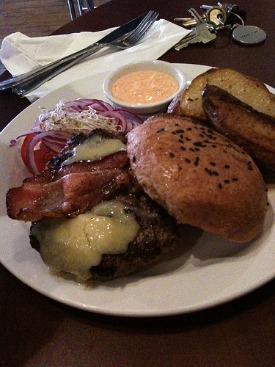 Chefs at restaurants such as the Brooklyn Warehouse and Ryan Duffy’s are putting a heavy emphasis on serving local, organic and sustainable food. (Ryan Duffy’s even has a rooftop apiary that provides the restaurant’s honey.)

Halifax institutions such as Five Fisherman continue to serve up quality seafood dishes and old-school classics. Of course, if your tastes aren’t that highbrow, just head to “Pizza Corners” (the intersection of Grafton and Blowers Streets) and take your pick of several cheap pizza and donair shops.

The drinking scene in Halifax shouldn’t be neglected either. The city is often said to have the most bars per capita than anywhere else in North America (although the good folks of St. John’s Newfoundland would challenge that), and given the sheer number of watering holes, it may be true.

To sample Nova Scotia’s most popular beers, take the kitschy tour at Alexander Keith’s,  visit one of the city’s craft brewers or excellent brewpubs, or simply belly up to the first bar you find.

The wines of Nova Scotia are gaining in popularity as well. To ensure you’re drinking local, just look for the symbol of a lobster claw holding a wine glass on the neck of the bottle; that means the wine is 100% Nova Scotian.

Halifax makes a great base for exploring the rest of the province. In just a few hours you can be walking the charming streets of small town Lunenburg (a UNESCO Heritage site), experiencing the excitement of tidal bore rafting on the Bay of Fundy, searching for whales in the Atlantic, or wine tasting in the Annapolis Valley.