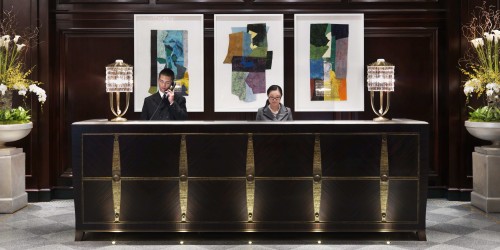 As the recent Royal Tour of Canada made abundantly clear, classy is cool again. And in the world of Canadian hospitality, nobody does understated elegance better than Vancouver’s Rosewood Hotel Georgia.

Vancouver’s newest downtown luxury hotel is actually quite old: the Georgian Revival property at the corner of Georgia and Howe originally opened in 1927 and quickly became a favourite of hereditary and Hollywood royals.

But the gracious old gal couldn’t keep pace with the edgy 1980s, and like an aging movie star suddenly found herself out of favour with the A-listers. Tired and shabby, Georgia closed her doors in 2006.

Enter a white knight: the luxury brand Rosewood, whose most famous property is the Carlyle in New York, sunk more than $120-million into a glorious makeover.

During the 2010 Olympics, the renovation was shrouded in a giant Canadian flag, and when the wrapping came off in the spring of 2011, Vancouver gratefully received the gift of its own history.

The hotel closed with 315 rooms and reopened with just 155. The decor is refined, the finishes rich and the palette creamy–think Fred Astaire-meets-Don Draper. Even less expensive rooms feature ample storage, large bathrooms with huge showers and tubs, and thoughtful touches such as plush robes, a Nespresso coffee maker and free Wi-Fi.

Except for the extravagant penthouse suites, views are hard to come by in this uber-urban setting; if it’s important to you, ask for a room overlooking the art gallery or Reflections, the outdoor terrace.

Chief among its amenities, though, is its killer location: opposite the Vancouver Art Gallery in central Vancouver, just steps to the Canada Line, Robson Street, the convention centre and other major draws.

There are also several lounges–the 1927 on the lobby level is worthy of a Mad Men episode–as well as a stylish pool and fitness room and an elegant spa.

And the beautifully restored Spanish Ballroom, a sentimental favourite for generations of Vancouverites who celebrated assorted rites of passage there, promises to again become a preferred location for chic wedding and corporate receptions.

The hotel has its own reliable food services operations to provide room service, event catering and light meals in the lounges.

But save some of your dining dollars for a meal at Hawksworth, the independently run restaurant that shares the property’s front entrance.

For now and the foreseeable future, Hawksworth is the “it” restaurant in Vancouver.

Chef David Hawksworth, one of Canada’s most acclaimed chefs, is a master of artful (but not pretentious) regional fare. You don’t need to stay at the hotel to enjoy the restaurant, but you would be remiss not to eat there at least once if you were a guest.

The service is seamless across the board–just what you’d expect from a place whose rack rates start at just under $400 a night.

By virtue of pedigree alone, the Rosewood Hotel Georgia deserves a place among Vancouver’s leading hotels, notably the Fairmont Pacific Rim and the Shangri-La.

Like nearby Granville Island–now a thriving community and tourist hub–this once-forlorn property has been given a new heart and purpose. Highly recommended.