Always a laid-back city, Vancouver ramps up the chill factor in August.

Tourists may be thick on the ground in the downtown core, but traffic is significantly lighter as most locals stay away from work to enjoy the last lazy days of summer vacation. Days are warm–even hot–and the late sunsets stretch the window for outdoor R&R.

Good to know: British Columbia Day is a provincial holiday falling on the first Monday of August. It’s a particular busy weekend for travel, especially at Vancouver International Airport. If you’re planning to travel by ferry that weekend, it’s best to make a reservation well in advance.

Temperatures fall in the 17 C/62 F range, but if any month is likely to feature a surprise heat wave, it’s August. Bring shorts or capris and a sweater or shawl; a water-resistant windbreaker; sunscreen, sunglasses and a swimsuit (if you want to dip more than your toes in the Pacific); and comfortable walking shoes and sandals.

Things to do in Vancouver in August: 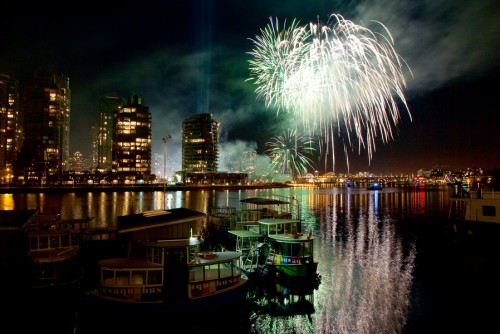 >>Things to do in Vancouver
>>Guide to Vancouver