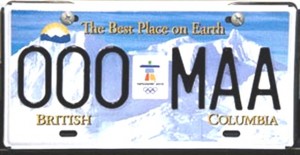 BC is Canada’s western-most province, just north of the U.S. state of Washington.

Even before the 2010 Winter Olympics in Vancouver put BC in the international spotlight, it was one of the most popular destinations for first-time visitors to Canada.

There’s a reason the license plates here can boast that BC is “The Best Place on Earth.” Bracketed by the Pacific Ocean on one side and the Rocky Mountains on the other, BC is famous for its dramatic, almost aggressively beautiful landscapes.

There are six distinct tourism regions in BC and each attracts a different sort of traveller:

Canadian tourism owes much to the province of Alberta.  It was to this province, just east of British Columbia, that trains first brought tourists to Banff National Park a century ago, launching Canada’s enduring (if mildly embarrassing) reputation for “moose, mountains and Mounties.”

First-time visitors especially still clamour to see the iconic Rockies by car or by train; to catch glimpses of bears and mountain lions; to gaze at glacial turquoise-blue lakes and perhaps spend a night in that most famous Canadian hotel, the castle-like Fairmont Banff Springs.

They come too for the chuck-wagon races and pancake breakfasts and even the bull’s-balls cocktails at the Calgary Stampede–the world’s most famous rodeo. And they come to the Badlands to help dig dinosaurs.

But when the thrill of the wild west wears off, Alberta has subtler charms to offer: arts festivals, farmer’s markets, back-country lodges and international equestrian events, to name just a few. There are several tourism regions to explore:

>>Use the search tool below to find flights to Western Canada