Breweries and Brewpubs in Vancouver 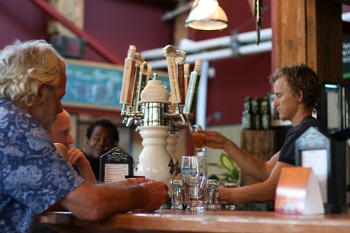 Though Vancouver craft beers don’t necessarily have the clout of those hailing from Denver or Portland in the U.S., beer connoisseurs will still be pleased with the selection offered, both at brewpubs and even more so at bars and restaurants that put a heavy emphasis on serving quality brews.

There are only a handful of true breweries in the city, and only one that offers tours, but several excellent beer bars and bistros are more than able to keep your glasses full of the good stuff.

Here are some of the best spots to enjoy a brew in Vancouver:

Granville Island Brewing is located on Granville Island, and offers tours and tastings daily at 12pm, 2pm and 4pm, for $9.75 (includes three tastings). They don’t have a full liquor license though, so come with the expectation that you’ll only be able to enjoy two pints or four six-ounce samples.  Given that they generally have 6-8 different kinds of beer on tap–including one seasonal special brew–you may want to bring a friend or two so you can try them all.  A limited food menu is also available.

Yaletown Brewing, in (you guessed it) the Yaletown area of Vancouver, is a brewpub with the emphasis on pub. While there are no tours of the brewing facility available, the beer is brewed onsite, and you can sample by the pint or taster size. Service can be hit or miss at the tables, but the bartenders are friendly and attentive. The beers, like the Brick and Beam IPA and the Warehouse Stout, are well-crafted, though the food is nothing special, even for bar food. 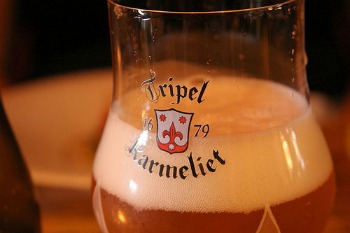 The Gastown area’s Steamworks Brewing Company is another spot suffering from the “good beer, mediocre service and food” syndrome.  Beers like the Heroica Oatmeal Stout and Coal Porter made this dark-beer drinker happy, but the service was pretty absent and the decor reminded me of a chain restaurant. The menu is stocked with standard pub food like burgers, sandwiches and pizzas, which average $12-$15.

Located in the oldest brick building in Vancouver, Gastown’s Six Acres offers an extensive menu of beer, wine, and premium spirits. Dogfish, Hitachino, Deschutes, and Brooklyn beers all make the list, as well as several from Quebec, Nova Scotia, Scotland, Belgium, and Czech Republic. And food doesn’t take a backseat either. Nosh on bar snacks like mussels with white wine and bacon, scallops with chorizo, or a truffle marinated flank steak salad. 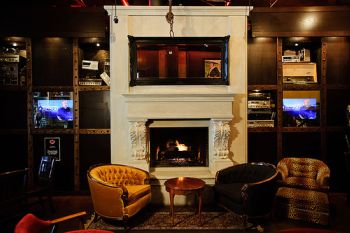 On the opposite of the spectrum from Chambar, you have The Morrissey, a good old rock n’ roll bar with a great beer selection. Bartenders are fast and friendly, the music is loud and eclectic, ranging from rockabily to punk, and the taps dispense everything from Guinness and Grolsch to local craft beers. The pub even sports a cozy fireplace to sit in front of and relax with a cold beer.

The Alibi Room bills itself as a “modern tavern,” serving up bistro fare that is either locally sourced, sustainable, or free-run, and pouring over 25 different kinds of tap beer. Small plates, sandwiches and salads complement a menu of larger dishes like peppercorn stout braised Pemberton beef or Lamb kifta baked in spiced tomato sauce.  The beer rotates constantly, but features one of the most eclectic collections in the city, featuring craft and small-batch beers from local, North American and international brewers.

>>And since it never hurts to have a joke to share over a beer, here are some of our favourites about Canada and Canadians…