Getting from Vancouver to Calgary (and return) 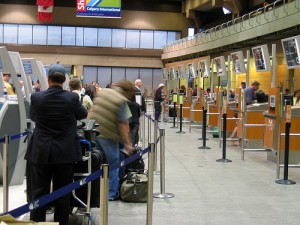 Vancouver , the largest metropolitan area in Western Canada, is very well known for its natural beauty. The city is nested between the mountains and the ocean, offering plenty of interesting things to do and see. You can plan to stay here anytime of the year, as the weather is the mildest in Canada.

The largest city in Alberta Province, Calgary is the gateway into the Rocky Mountains. The city is the most likely point of access for Banff and Jasper. But you don’t need to rush to the mountains once you get here; make sure to check out the Chinatown and visit some of the museums.

The cheapest option for traveling between Vancouver and Calgary is the bus. The single fare is CAD $83.70* and the journey time is about 15h (fastest).

Calgary does not have a railway station, but you can travel by train to Edmonton and then take a bus for the last leg of the trip. It takes a long time and is expensive, as well.

Even flights can be cheaper than traveling by train and bus. The single airfare starts at CAD $154 on Air Canada Express.

Vancouver International Airport (YVR) is the most important airport serving the city. It is located about 12 km from downtown Vancouver and is the second busiest airport in Canada. The airport is hub for Air Canada, Air Canada Jazz and Air Transat.

Calgary is served by Calgary International Airport (YYC), located about 17 km from downtown. It is Canada’s fourth busiest airport and hub for WestJet, Air Canada and Canada Express (Jazz).

Direct flights between Vancouver and Calgary are offered by: Air Canada, Air Canada Express and WestJet. The flight time is 1h 20 min.
If you plan to fly in late December 2011, expect to pay from CAD $227 one way on Air Canada. In mid-March 2012, the single fares start at CAD $202.

On Air Canada Express, single tango fares start at CAD $154 if you plan to fly in late December and CAD $134 for flights in mid-March 2012.

Trains from Vancouver to Calgary 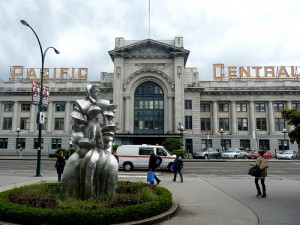 Calgary is not served by railway service due to the service cutbacks in the 1990s, but you can travel by train from Vancouver to Edmonton and then by bus from Edmonton to Calgary.

Buses from Vancouver to Calgary

Greyhound Canada offers direct buses between Vancouver and Calgary. There are five departures per day from Vancouver. The first bus leaves Vancouver at 00:30 a.m. and the last at 6:15 p.m. The travel time is between 15h and 23h 30 min, depending on the time of departure. The web only adult fare is CAD $83.70.

There are four departures per day from Calgary. The fist bus leaves at 7:45 a.m. and the last at 11:30 p.m. Same single fare applies.

Driving from Vancouver to Calgary

You can rent a car and drive the 972 km between Vancouver and Calgary. The shortest route is via Trans-Canada Highway/BC-1 E and takes about 12 1/2h. Make sure to plan some stops along the way.